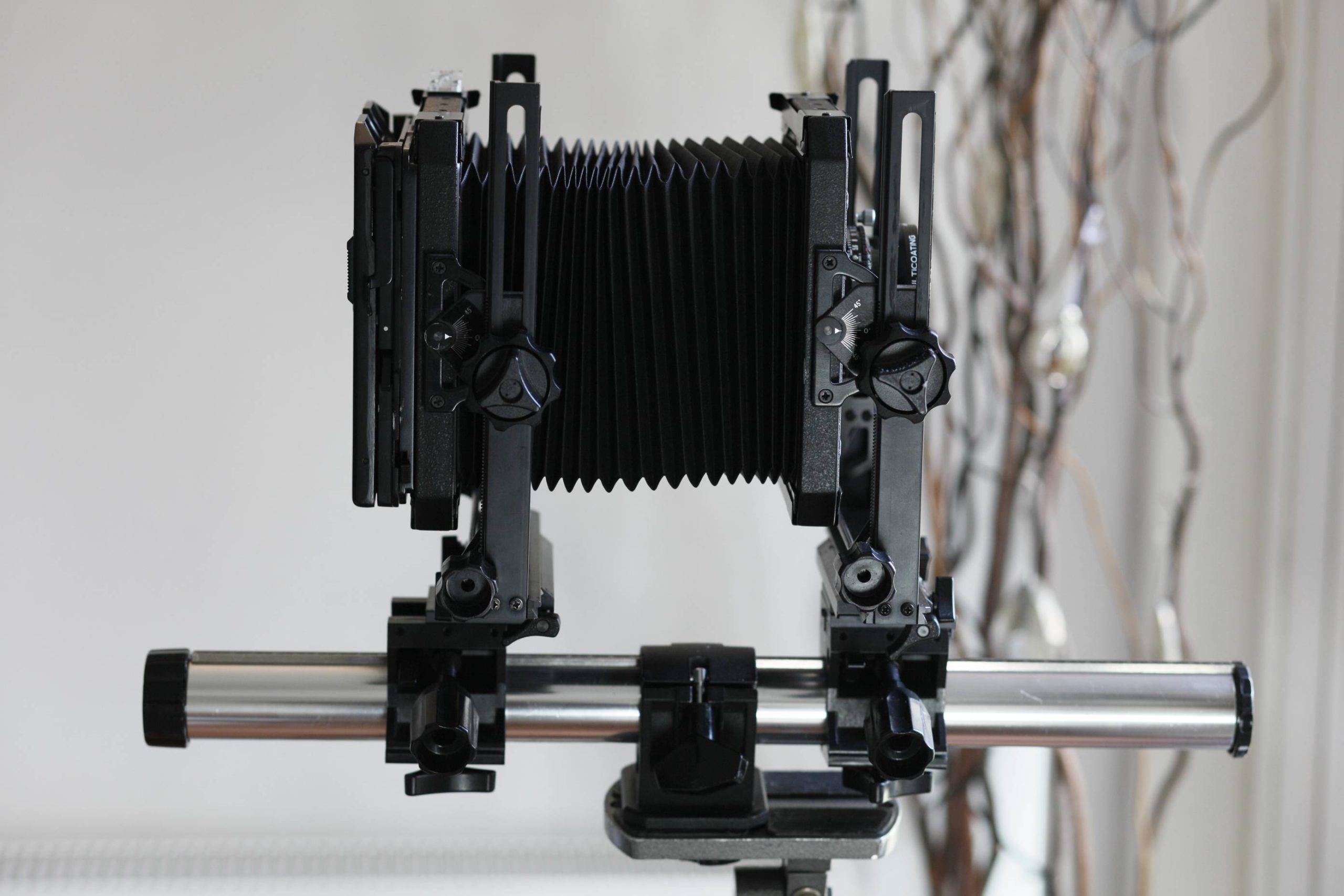 How to Load a Large Format Film Holder.

The need to load film in complete darkness is something that puts many photographers off large format photography. But it doesn’t have to be difficult or daunting and you don’t need a darkroom. Like most things photography related, being methodical and having a well practiced routine will make sure that before long, loading film holders is second nature. 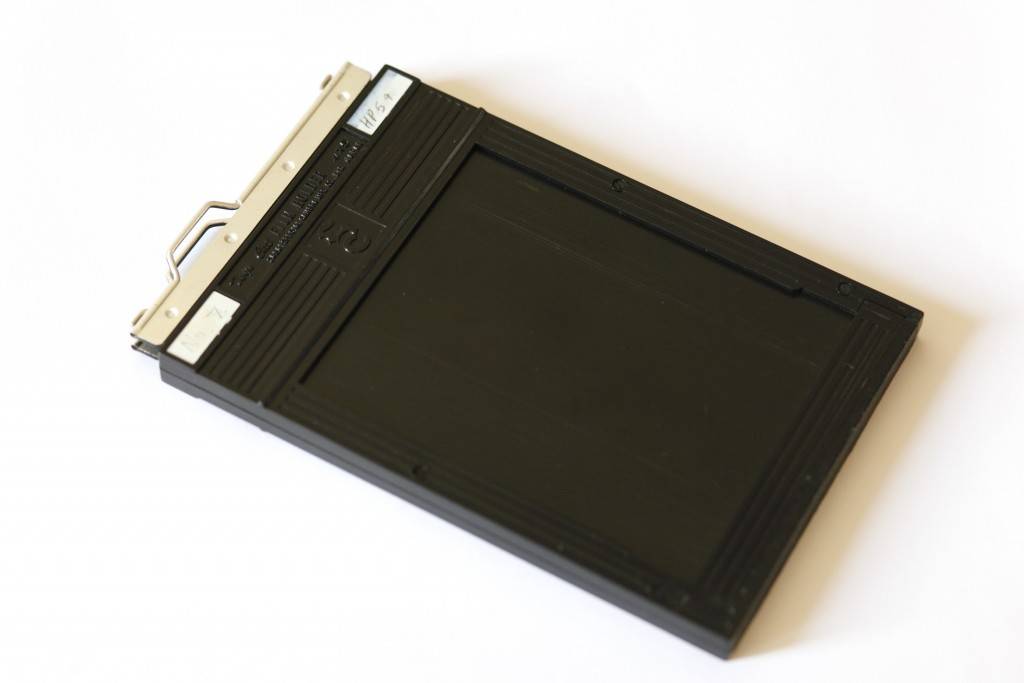 Get to know your film holder

Like most things in large format photography, a film holder is not complicated, and the basic design is well over 100 years old. It consists of a flat, light tight box with two dark slides, covering compartments for two sheets of film. The top of the dark slide is colour coded so you can tell whether the film inside is exposed or unexposed. Most people use the white or silver side to indicate the film is unexposed and the black side to indicate exposed film. 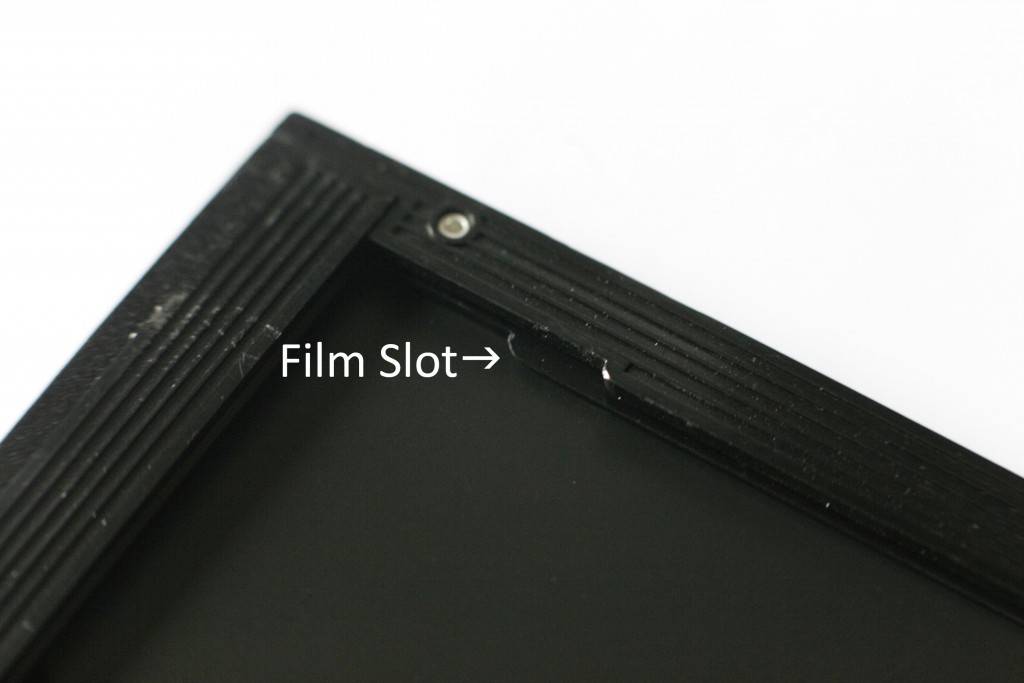 Pull back the dark slide and look inside and you will see two slots running the length of the holder. The lower one holds the film in place, the top one is for the dark slide.

Get to know a sheet of Film

Next become familiar with a sheet of film. Unfortunately the easiest way to do this is to sacrifice a sheet from your first box. If you are lucky you might have a friend can lend you a wasted sheet, but you might find a local large format photographer a bit hard to come by! Take your film box into your changing bag or darkroom, and take out one sheet in complete darkness. Close the box and then open your bag up and take a look at a sheet of film. You will notice that the film is notched at one corner, when the film is held with long side pointing vertically, the emulsion will be facing up when the notches are in the top right hand corner. The photo below shows a sheet of film going into the holder the correct way. 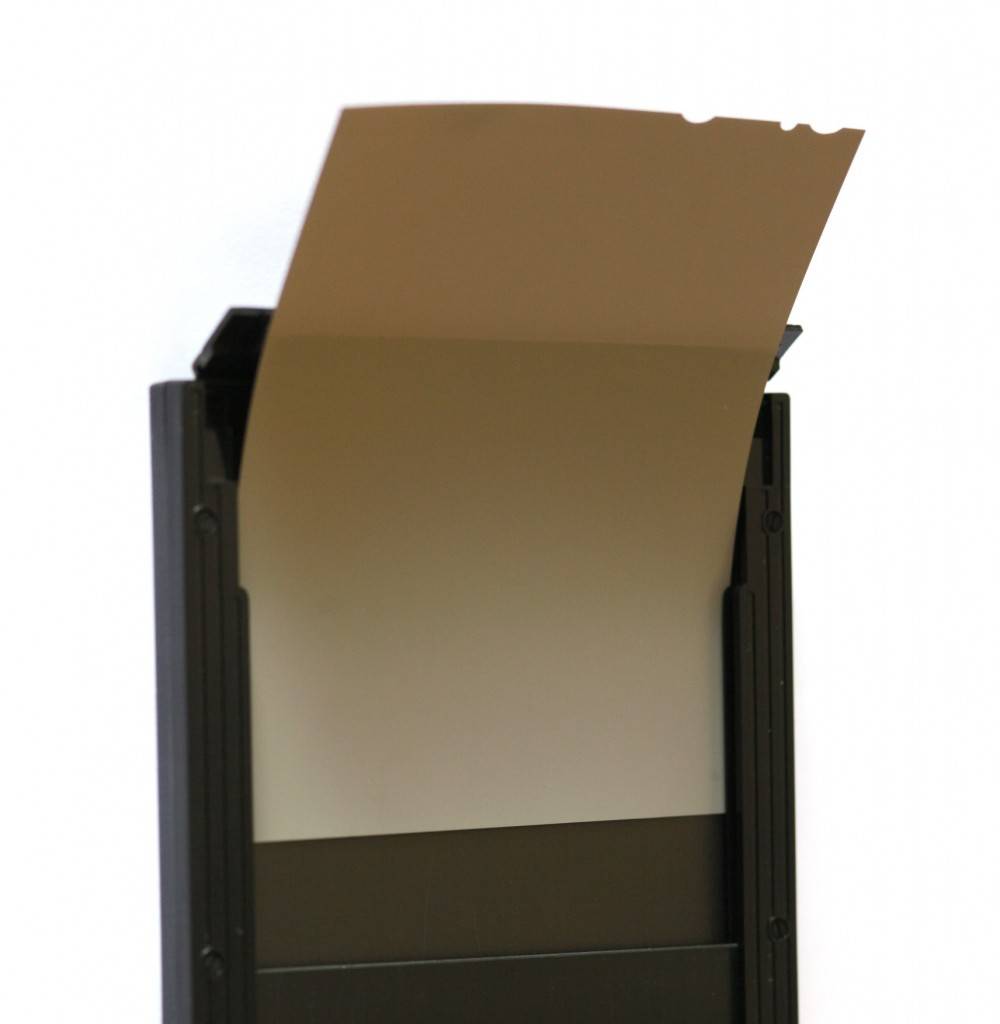 First practice loading your sheet in daylight, making sure the film goes under the film guides. Some photographers load with the dark slide completely removed, but I prefer having the slide pulled halfway out. Try things different ways to see what you are comfortable with. Notice as well that the white side of the dark slide has ridges at the top so you can tell which way it is facing in the dark. Once you have gone through the process of loading the film in daylight, try repeating the process with your eyes closed. Try to get used to the feel of a sheet of film going in correctly and where the top edge of the film should be in the holder. Most holders have little dips and other reference points to help the process of doing this by touch.

Once you feel relatively confident loading your practice sheet by touch you are ready to load a film holder for real. But before you begin there are a few things you need to do.

Clean and Dry your Hands

It is very important to make sure that you don’t transfer grease from your hands onto your sheets of film or film holders. Dust sticks to the grease and it makes it harder to blow the dust free. Some photographers use thin rubber gloves but I prefer to make sure I thoroughly wash and dry my hands before handling films, and I have never had any trouble with grease from my finger tips.

Get Rid of Dust

The odd spot of dust is almost unavoidable in large format photography, but you can do your best to minimise it. If you have a changing bag make sure you vacuum it out before every loading session. Also make sure you remove dust from all your dark slides. You can use a combination of a rocket blower and a clean brush on most holders If they are particularly dusty I use lens cleaning fluid and a lens cloth and allow them to dry thoroughly.

A note on Changing Bags 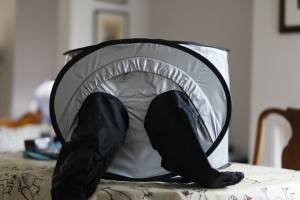 The are two types of changing bags. The normal ones are just a zip up bag with two armholes, but the best pop-up like small tents do. I have used both types and I’ve found that small non pop-up bags are too small and have a tendency to make your hands sweat. Sweat from your hands can get on the film emulsion, making the film sticky and difficult to load. If you fail to load the film the first time your hands get sweatier still. Your film gets yet more sticky, and the trickier and trickier the film gets to load . This can be a real vicious cycle in hot weather, and film can seem impossible to load if you don’t get it right in the first couple of attempts.

Set up Your Changing Bag

Set up you changing bag on a table or other flat surface. Make sure you can sit comfortably to load the bag.

Put in your film, film holders and if you want to, a blower brush and a pair of scissors. Try to put them in the same places every time. Don’t fumble around for them when the bag is closed. You’ll be amazed how easy it is to lose a blower brush in a one metre square changing bag! If your film box is new, cut the seals on the box in daylight before placing it in the bag.

Close up your changing bag, remembering there are usually two zips to fasten. and insert your hands. Open up your film box and locate the film. If it is sealed use the scissors to open the bag, taking great care not to cut the film. Once the film is out, feel for any cardboard protection sheets and remove them from the pile. Now orient the film so that the notches are in the top right hand corner as above. You now have a pile of film with emulsion facing up. Now load the film into the holders as you practiced. Give each sheet a blast with the blower once loaded to clear any dust before you close the slide. Once you have loaded the sheet, pull at it VERY gently with your fingernail to check it is in properly.

Once you have loaded your film, close your film box. Check by touch that all the dark slides are properly closed. Remove your hands and open the bag. In daylight make sure all the catches on the film holders are holding the dark slides in place. Then load the holders into zip-lock or plastic bags to keep the dust off them until it is time to shoot.

If you follow these steps you should find it relatively easy to load sheet film. The trickiest thing is probably the fear of getting it wrong. Film holders are easier to load than a plastic developing reel, and require less space to do it without hiccup.

A Beginner’s Guide to the Large Format Film Camera.

A Step by Step Guide to Using your Large Format Camera for the First Time.

I work as a Commercial Photographer in Sussex