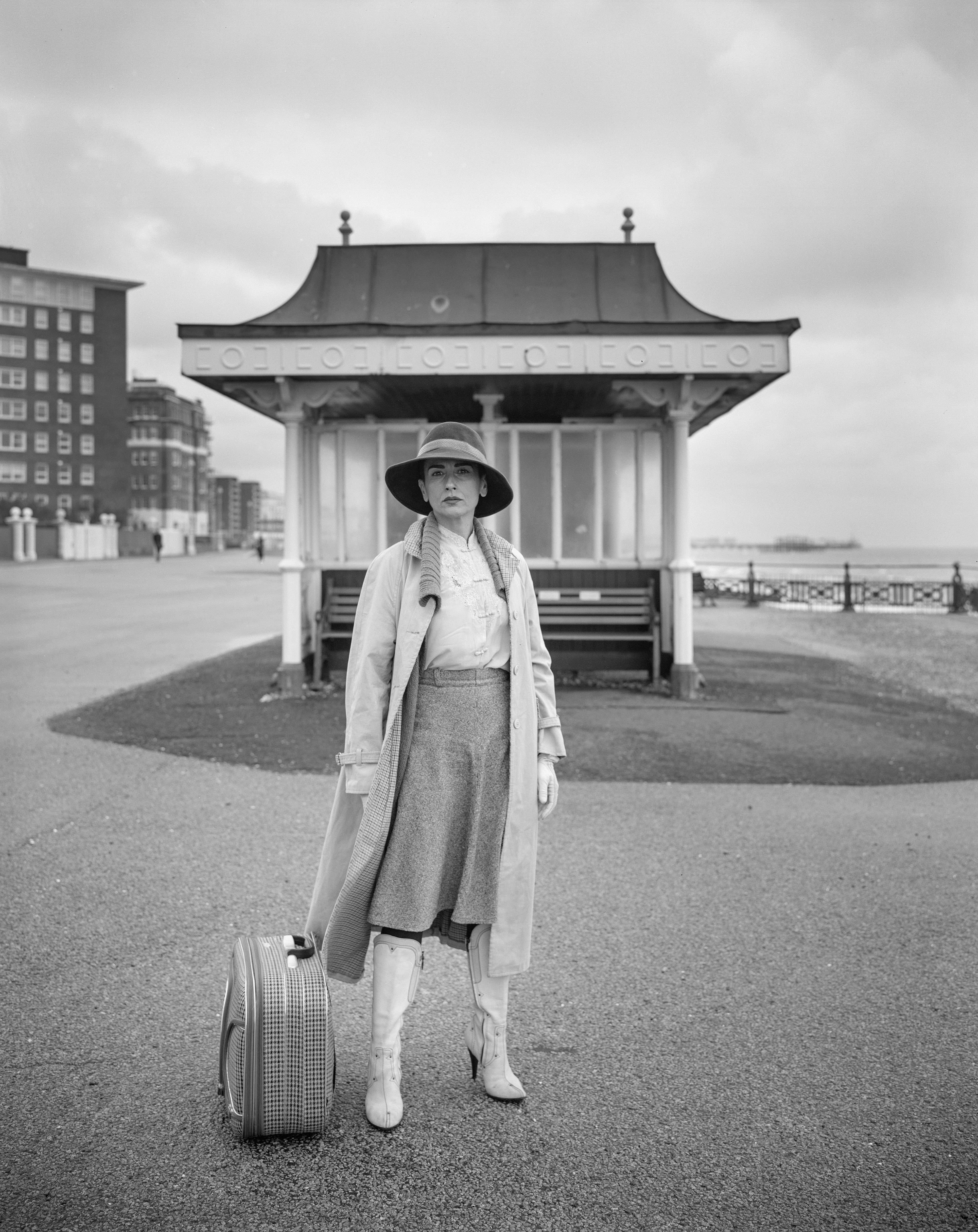 People often wonder why I still shoot film. I am by no means a photography luddite and have large and diverse set of digital cameras and lenses. Digital photography is fast, convenient and if you already have the camera sitting on your shelf – cheap. Like anyone born before the 1990’s I learned photography on film and used it for my professional work up to the early 2000’s when I began to switch over to digital. I didn’t sell my film cameras though. Partly because their value dropped so steeply, but also because I felt a sentimental attachment to my old cameras. It is true to say though the amount of film I shot was in steady decline. I was moving away from film photography

Then about five years ago, just by chance, I stumbled upon a large format camera in a local camera shop. I had always fancied trying large format photography, the price was right and so I took the plunge and bought it.

What had always really struck me with large format is how the images it produces have a very particular look that is hard to emulate. A richness that is hard to duplicate with smaller formats. Once you’ve made you first truly successful large format image there’s no going back if that is the aesthetic you like.

The thing that always put me off was the perceived difficulty of using the cameras. In the beginning you have to expect to make mistakes. There are a lot of stages to making a picture and it’s easy to forget one of them in the early days. All of these steps can make you preoccupied with the technique of shooting and squeeze out creativity. I found my early shots to be very conservative as a result.

To counter this I had to change the way I shot. I found myself slowing down considerably and planning my shots a lot more. I’d recce locations, work out lens choices and settings in advance. Anything to free my mind once serious shooting starts.

This was the really interesting thing. I couldn’t set up the camera to suit my style of shooting, I had to change my technique to match the camera. For portraits I had to engage and talk to my sitter a lot more. The camera is comparatively slow to operate, and I had to fill that time up. It also meant I had to direct a lot more – I couldn’t wait for a spontaneous moment. There was little chance of capturing it.

The whole process was more involving. From loading dark slides to developing the film I felt a greater connection to the work I was doing. I was more invested in the process. As a result I felt more connected to the work I produced – it felt more like a product of my endeavours. More ‘mine’.

It is the same with cameras. If you don’t enjoy using a camera, the results probably don’t matter. In the end the camera will sap your enthusiasm to shoot and the work will dry up anyway.

In the end the reason I use large format cameras is I like the process. I might be able to make very similar images with a medium format digital camera, but I doubt I’d feel the same connection to the work I produced and as I predominantly shoot large format for myself, I don’t have to justify the workflow to anyone else. It should be the same for anyone else. The journey can be as important as the destination.

A Beginner’s Guide to the Large Format Film Camera

How to Think in Black and White.