How I got the shot – Kingley Vale 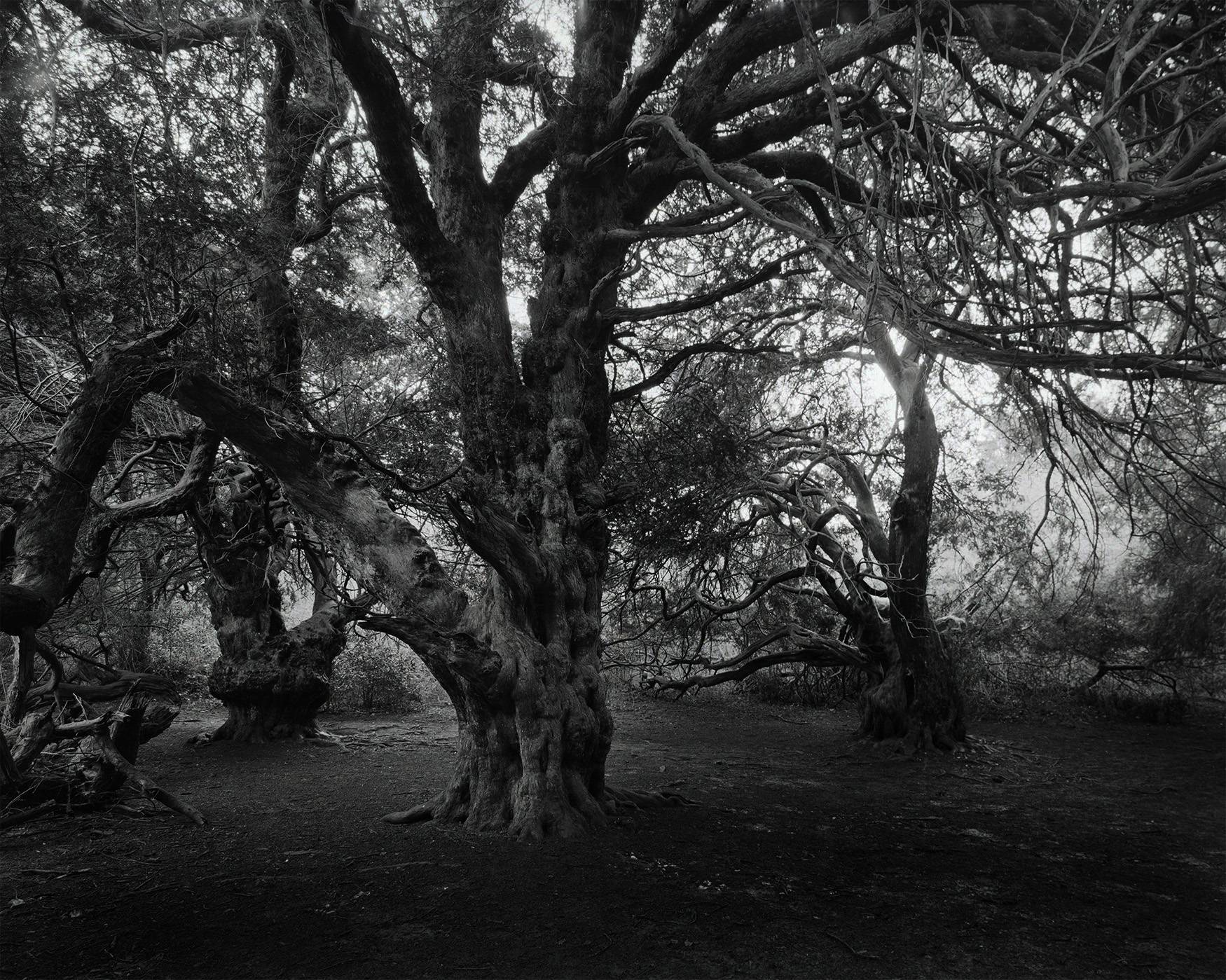 Kingley Vale is a place I have always thought would have a stunning picture in it. Amazing though it is, it is a difficult place to photograph.

Even searching online, it’s very noticable how there are very few good pictures of these trees. There are various problems. The canopy is very dense, so there isn’t much light, and large areas are overgrown so finding the right vantage point is difficult. The vale is a mile from the car park, not a huge distance but enough to put off the casual snapper, and often there is a lot of mud on the paths. This makes walking with a lot of heavy equipment difficult.

I decided to take my view camera into the woods and try a few shots. This was mainly a test, as I wanted to see how much of a problem the light levels were in practice as well as scouting locations. I also wanted to see what equpment was most useful. When I returned in the future I could thin down my very heavy bag!

The first thing I noticed was the light levels made it very difficult to compose using the ground glass. My 75mm F5.6 Super Angulon produces a dim image on the ground glass at the best of times. In the shade of these huge trees, I could only see a dim spot in the centre of the image. To see the rest I had to move my head around so I was looking at the glass at an angle. This way I was able to compose the image, but with a fair degree of guess work! In the future I might look at getting a fresnel screen to brighten things up a bit.

Exposures were long, as I expected, but in the tricky 1-5 second zone. It is easy to get a significant error when opening and closing the shutter manually at these speeds. So longer would have actually been easier. In the future I’ll bring a set of neutral density filters to give me more control.

I was actually pretty pleased with the image, I think with stronger light coming through the trees it might be even better. Now I’m going to work out what time of day I need to be there to make that happen, and I will return to Kingley Vale!