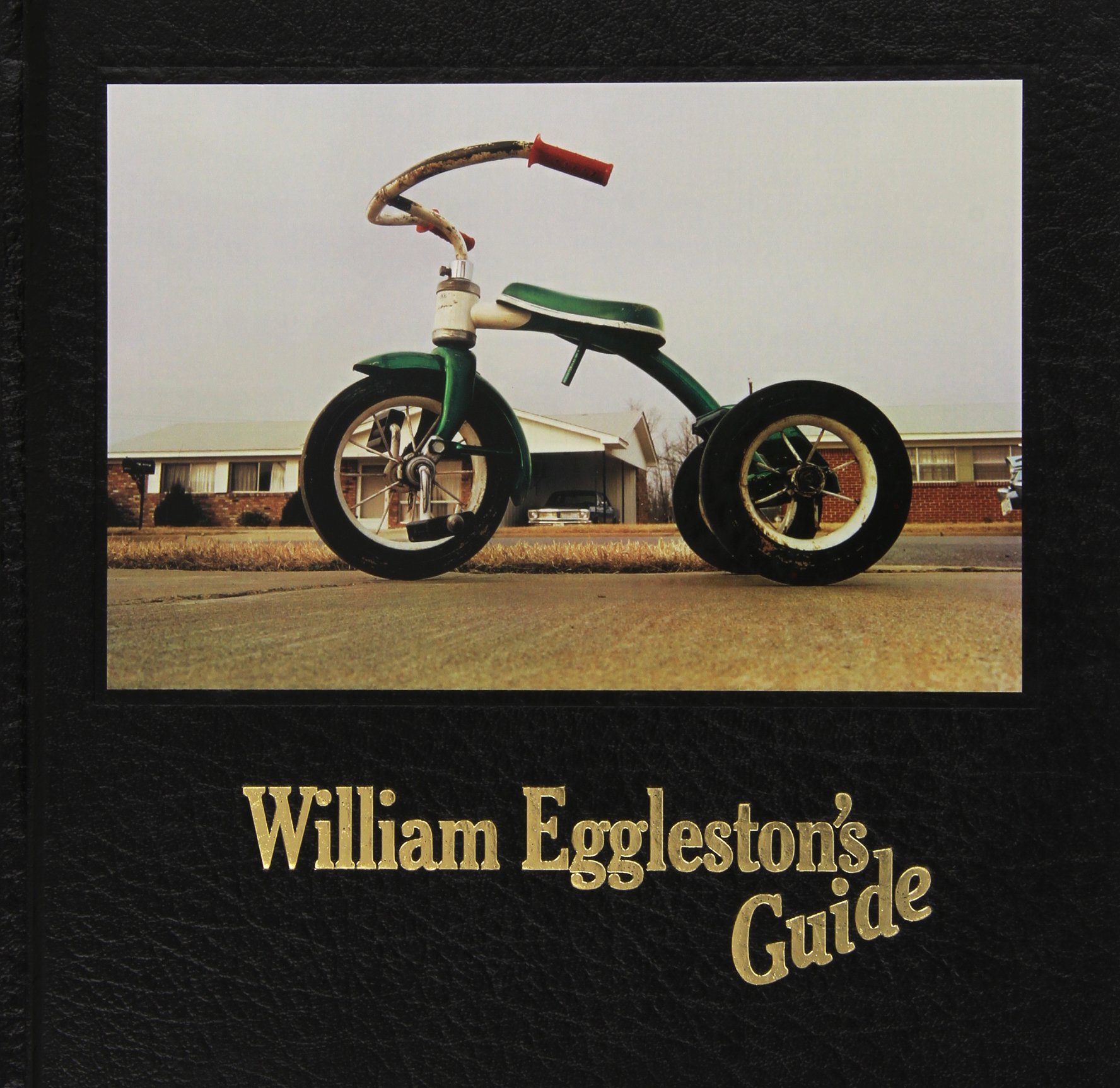 “A picture is what it is and I’ve never noticed that it helps to talk about them, or answer specific questions about them, much less volunteer information in words. It wouldn’t make any sense to explain them. Kind of diminishes them. People always want to know when something was taken, where it was taken, and, God knows, why it was taken. It gets really ridiculous. I mean, they’re right there, whatever they are.” – William Eggleston

William Eggleston was born in Memphis, Tennessee in 1939 and was raised in Sumner, Mississippi. Initially shooting in black and white, Eccleston began shooting colour around 1965, it becoming his dominant medium in the late 60’s. The photographs in Guide, are shot in Memphis and Missippi.

This book is something of a landmark, it is the body of work that first introduced colour as bona fide force in art photography. It might seem strange to us now, but colour photography struggled for acceptance as a serious art medium. It was the tool of advertising and glossy magazines, a medium concerned with surfaces rather than the depths of the human experience that the work of the great black and white photographers explored. Often mistakenly credited as the first colour photography exhibition at the New York Museum of Modern Art (it was in fact the second) Eggleston’s Guide nevertheless is a watershed in modern photography.

If New York is the cultural centre of American (if not world) photography, then this book feels very much placed on the edge of that civilisation. Where the American dream meets the wilderness. As with a lot of  American photography the road is an ever present motif, but here it feels we’ve reached the end of the road, Guide is full of dead ends, dirt tracks and run down houses. This is not the  America of  TV shows and commercials. Shiny, new and optimistic. This is an altogether older country, fading gracefully but keeping up appearances. 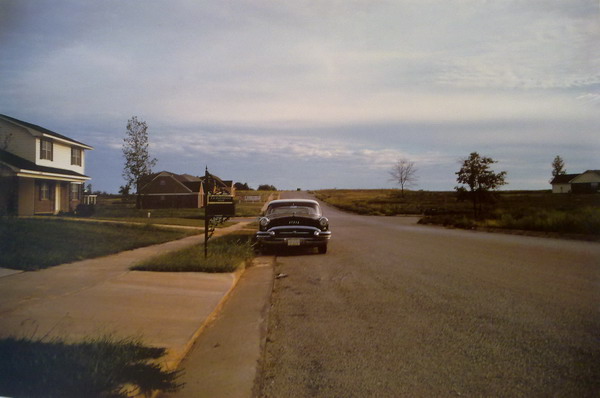 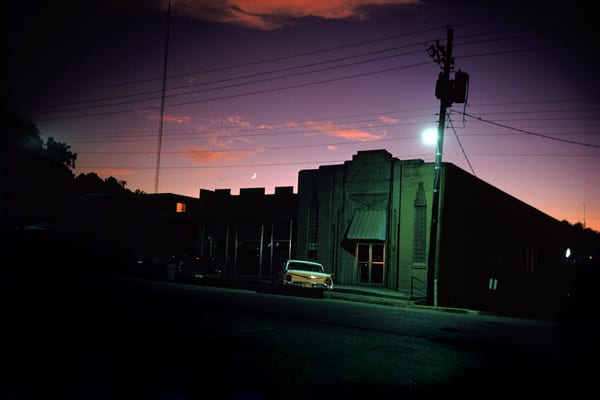 It’s Eggleston’s use of colour that strikes you the most. He doesn’t so much include colours in his photographs as hit you in the face with them. The slightly shabby nature of his subject matter makes the colour all the more jarring. We associate bright colours with modernity, newness and optimism, not the faded backwaters of Eggleston’s photography. The search for some easy meaning or symbolism in Eggleston’s work is fruitless, he takes moving photographs of things many of us wouldn’t look at twice, his compositions often deliberately uneasy. He takes snapshots with a fierce intellectual intent, in book form the themes and style builds with each image. He refuses to compose ‘nice’ pictures, to follow the traditional rules of subject matter and composition.

“I’ve always assumed that the abstract qualities of [my] photographs are obvious. For instance, I can turn them upside down and they’re still interesting to me as pictures. If you turn a picture that’s not well organized upside down, it won’t work.”

I love this book. It’s one of the few photography books which grows on me a bit more every time I pick it up. I think that is largely because it always remains somewhat mysterious, there is is little in the way of explanation in the book, just where each photo is taken. Because of this each photo is open to constant re-interpretation, I can rewrite and see afresh every image every time I open it. Although we all sometimes crave definitions the intellectual security of what something is ‘about’. The act of definition kills possibilities and nuance. Great photographs always hold on to their mysteries.

A Step by Step Guide to Using your Large Format Camera for the First Time.