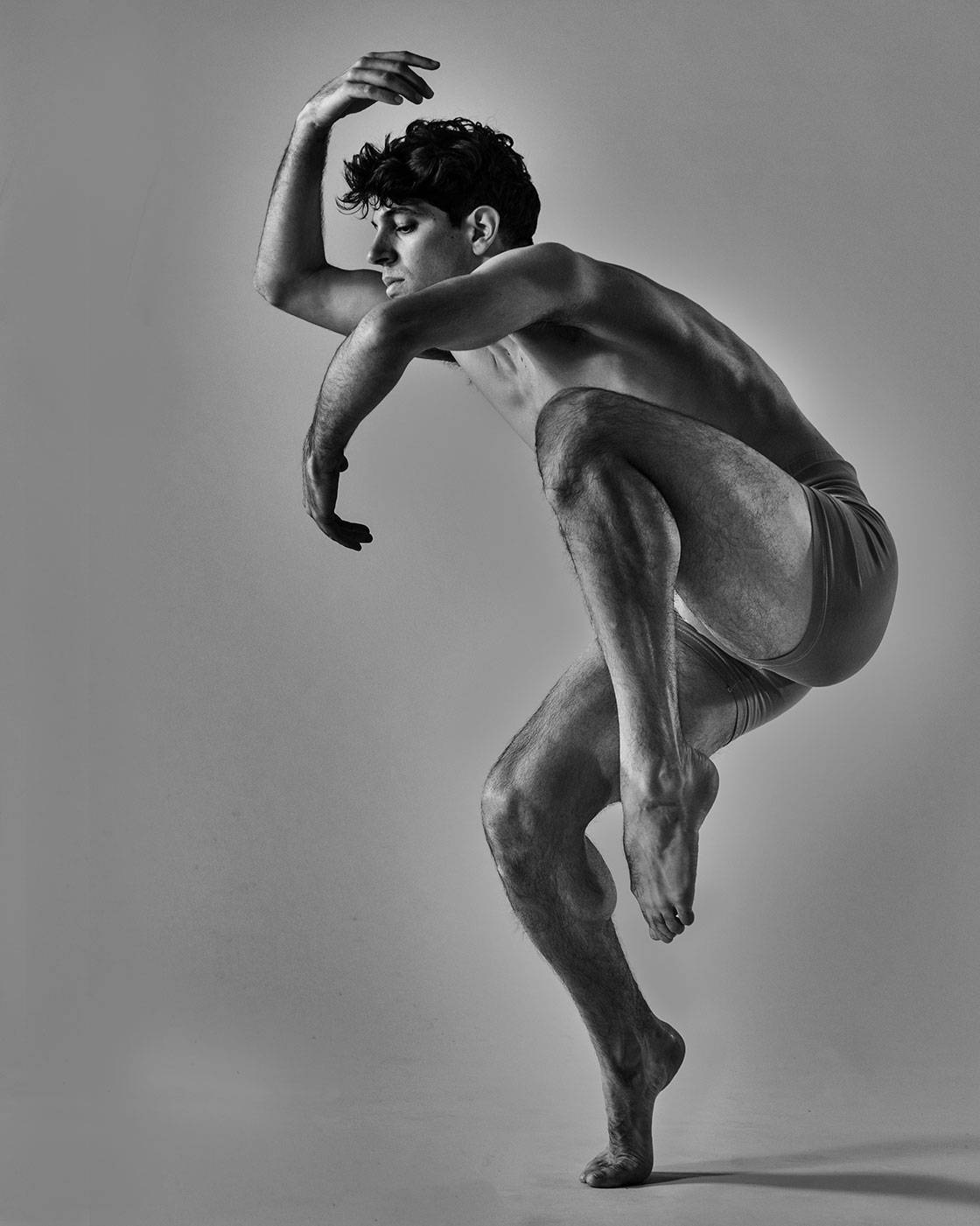 Being a commercial photographer in a small town like Chichester means that I often get asked to do things outside of my normal specialities. This was one such occasion. A local artist asked me to create a series of photographic references. This was for a project she was doing on dancers. The shoot would be a full day capturing dancers in motion. I would have to overcome a number of technical challenges to achieve this. I began by seaching the internet for examples of what I wanted. From there I could then create a mood board and then reverse engineer the pictures. I could work out how they were made by studying these examples.

The first thing I discovered was that most live stage pictures of dance were either slightly blurry, or relied on still or posed moments to keep the image sharp. This meant that ordinary stage lighting would probably not be strong enough. It wouldn’t allow shutter speeds that would freeze a dancer in full flight. Therefore, I would have to use flash. I have two types of flash at my disposal. Studio flash heads that produce a large amount of light over a comparatively long duration, and speedlights that don’t provide nearly so much light but can produce very short flash times.

Setting up a test

I decided to set up a test. First I set up my studio lights on full power (the shortest flash duration with this unit) and got an assistant to drop a tennis ball while I took some pictures. As I suspected, the flash could not freeze a falling tennis ball, so wouldn’t freeze a dancer. Next I used a speedlight. The big advantage of using speedlights is that as the power drops, the flash duration shortens. All I had to do is find the best compromise between power and speed. Quarter power seemed to be the best option. One flash wouldn’t be enough though. Therefore I’d have to rig up a main light that comprised of two flashguns working together for the shoot itself.

The Problem of Ghosting The shoot itself ran much better than expected. We were very lucky to have an exeptional dancer in Ruben, who almost seemed to have the ability to hang in the air. Many less experienced dancers seem to have to rush to reach their position. An accomplished dancer like Ruben always seemed to have all the time in the world, his movements were predictable  and consistent. It was simply a matter of predicting when he would reach the peak of each move. This got easier with practise. Essentially you have to press the shutter fractionally before the peak, so that any delay in your reaction will be compensated for. It sounds difficult, but I found I tuned into this as the shoot went on, and I could pre-empt things pretty accurately.

No commercial photographer is an expert in everything. We all have our specialisms and skills we develop over the course of a career. If, like me, you are in a town like Chichester most of you local work will demand all types of different skills. That is why testing before you shoot is vital to ensure every project is successful.