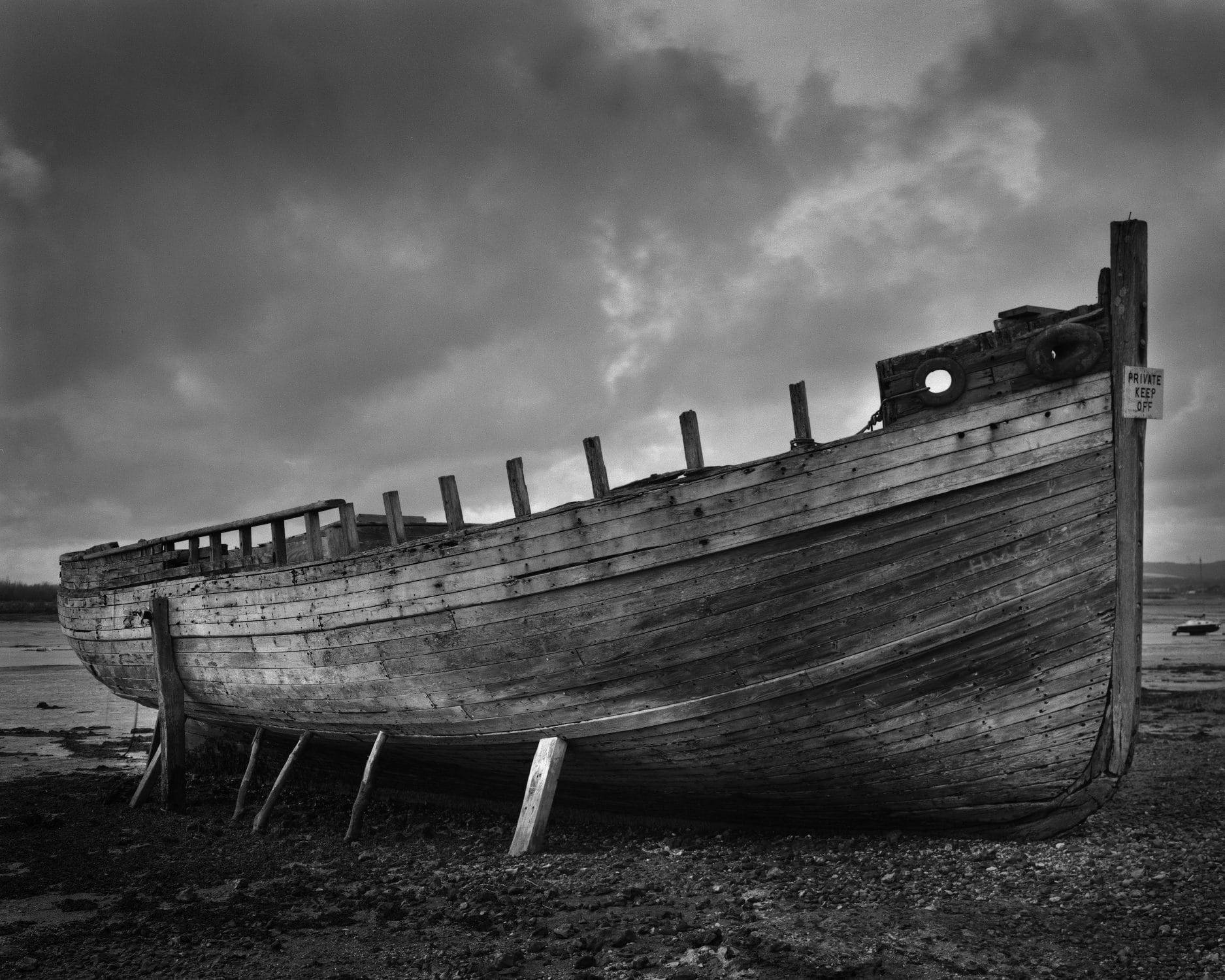 The Standard Lens. A Beginner’s Guide to Large Format Lenses for 4×5 – Part 2

If you are looking to buy a first lens for your new 4×5 large format camera, you are probably going start with a standard lens. While the most common standard lens for the 4×5 is the 150mm, there are options from 120mm to 180mm.

What to look for in a standard lens.

While most 4×5 lenses in this class are excellent performers, one of the most most useful features is the ability for some of these lenses to fit inside a folded field camera. I have a Fujifilm 125mm F5.6. It is small and light (43mm filter ring) and fits nicely inside my Wista 45 DX when reversed on the front standard. This has two advantages. I can either carry an extra lens in my main bag, or if I feel like travelling light, I can fit camera, lens, film holders and accessories in a compact camera bag.

If you are the type of photographer who likes travelling light, for landscape photography or if you do a lot of walking, then this is something you might want to consider. These lenses are small. Even when compared to the lenses that are available if you are shooting medium format film or full frame digital.

Unfortunately, as with digital cameras, every new generation of lens seems to be bigger than the preceding one. So while you will gain in performance and image circle, you will lose in terms of weight and portability. Only you can decide what your priority is. But in real world use there is almost no appreciable difference in performance between different generations of lenses away from lab testing. More importantly perhaps, modern lenses will have newer shutters, tougher coatings and be less likely to have mould or scratches. Older lenses can often have more character for pictorial or portrait work. In large format photography there always seems to be a trade off!

A standard lens for large format tend to be relatively cheap, with perfectly serviceable older lenses fetching under £200. The prices do climb steeply once you get into later, more desirable models. I bought my Fuji 125mm f5.6 NW for £180, and it is probably the best value lens I have ever bought in terms of price vs. performance. It is is absolutely a pro level lens that certainly outperforms similar lenses I have had for other formats. Some people classify 125’s and 120’s as wide angle lenses, but for me they remind me of standard lenses on compact cameras and TLRs.

When you are looking for large format lenses on Ebay, bear in mind that 150mm lenses tend to be the one that everyone is looking for, so often 135’s or 125’s can be easier to find. A 135mm is only very slightly wider than a 150mm. My Fuji 125mm can be found cheaply because it is the only lens that I know of in that focal length, so people miss it. It is not because it is any less good than 120mm or 135mm lenses. There are still some camera stores that hold a decent amount of second hand large format equipment, but you might have to go on a waiting list for the most desirable lenses. They often get sold as soon as they come in.

As ever, age of the lens seems to be the most relevant factor regarding price, but condition is just as important. After all a 150mm owned by a landscape photographer will have seen much less use than one coming from a busy studio, even if the landscape photographer’s lens is decades older.

WARNING: occasionally you will see cheap lenses that look in good condition ‘for DB shutters’. These lenses do not have a shutter built into the lenses but rather rely on Sinar’s focal plane shutter system. They will not work with normal large format cameras.

These lenses come as either 120mm or 125mm focal lengths depending on the manufacturer. This would be the lens you would buy if you prefer your standard lens to be a 35mm in full frame. Probably a bit wide for anything other than full length portraits. Useful if you need a slightly wide perspective but still want a lens that is small, easy to use, and casts a bright image on the ground glass. Generally speaking these lenses will have a bigger lens circle than their wider equivalents, but as ever do your research. If you want to have a two lens system with your camera, 120mm and 210mm is a well balanced combination.

Available in 135mm, 150mm and 180mm focal lengths. The 150mm is slightly wider than a 50mm on full frame. Mainly because a true standard lens on full frame would be a 43mm. 50mm of course corresponds to 2 inches and 150mm to 6 inches. Traditionally lens makers seem to have just gone for the nearest round number in inches. These lenses have a good balance of virtues. They are relatively light, affordable, sharp and casting a bright image on the ground glass. This is almost certainly the best place to start in 4×5 photography. Unless, of course, you have a good reason to pick something else.

The 180mm most closely corresponds to a 50mm lens in full frame terms. It’s relative lack of popularity probably due to the fact it is too close to 210mm, which is perhaps the most popular of the longer than standard lenses. Some 180mm lenses come in larger Copal 1 shutters which will add size and weight to the lens.

You may come across 165mm lenses for large format. They were usually made by defunct American makers such as Wollensak, Ilex and Kodak. They are decent enough lenses, Tessar formulas so they don’t have the image circles of modern lenses. Hence the standard lens is a bit longer to compensate. I had an Ilex Caltar 165mm when I first started and it was surprisingly good. They are not that common in Europe, but very cheap if you can find one. Mine was around £75 in a Seiko shutter. I would guess it was from the late sixties.

The 178mm F2.5 Kodak Aero Ektar is another lens for 4×5 that has become very widely sought after. It is the equivalent to a 50mm f0.7(!) so renders unlike almost any other lens. Unfortunately, they are too big to mount in a shutter so usually have to be paired with a Speed Graphic- a 4×5 with its own shutter. The other thing to note is that the coatings on this lens are radioactive! Not massively so but enough that you should do your research and take any precautions you might feel necessary.

Conclusions. Which Standard Lens Is Right For You?

There are lots of options for standard lenses in 4×5 beyond the typical 150mm. When I first started looking for a new standard lens I found a good condition, relatively new 150mm quite hard to find. Mainly because of their low cost and popularity. I ended up with a 125mm simply because that was the only option I had from searching reputable camera stores. As luck would have it I think that it was probably the better choice for me. I already had a 210mm (I am predominantly a portrait photographer). So it gave me a nice two lens kit for portraits. A wider option for environmental portraits and a more traditional slightly long focal length. Unfortunately, there are very few camera stores left who have a stock of large format lenses you can try in person. So selecting lenses will always involve an element of educated guesswork.

My takeaway from this is that most of us will want to build a three lens system for our large format cameras. Your standard lens is the foundation of that. In 4×5 we have the luxury of readily available and quite nuanced options. You could go for the traditional 90, 150, 210 lens set. Alternatively you could pick 75, 120, 210 which is more in line with contemporary trend for slightly wider standard lens choices. If you shot mainly portraits or close ups 120, 180, 240 might appeal. If you are an experienced digital shooter dig down into your exif data and see what focal lengths you use the most on your zoom – that is a good place to start!